Founded by Henry Lee Higginson, the Boston Symphony Orchestra (BSO) was first located at the site of the current Orpheum Theater and then moved to its current location in 1900. Higginson spent significant time studying European orchestras before creating the BSO in 1881 and the Boston Pops in 1885. Higginson wanted to mimic the Coliseum in Greece, as Boston was considered the Greek “Athens” of America, and included 16 Greek statues of figures related to the arts around the hall.

Today, the BSO is considered the most acoustically sounding hall in North America, and one of the top three halls in the world. The 105 member BSO is in season from September through early December and late January through early May and the Boston Pops is in season in December and May. The entire BSO moved to Tanglewood in the Berkshires section of Massachusetts for the summer.  The Boston Pops consists of the same roster as the BSO minus the first chairs of each section, which make up their own touring group, the Chamber Players.

Highlights of the tour include: 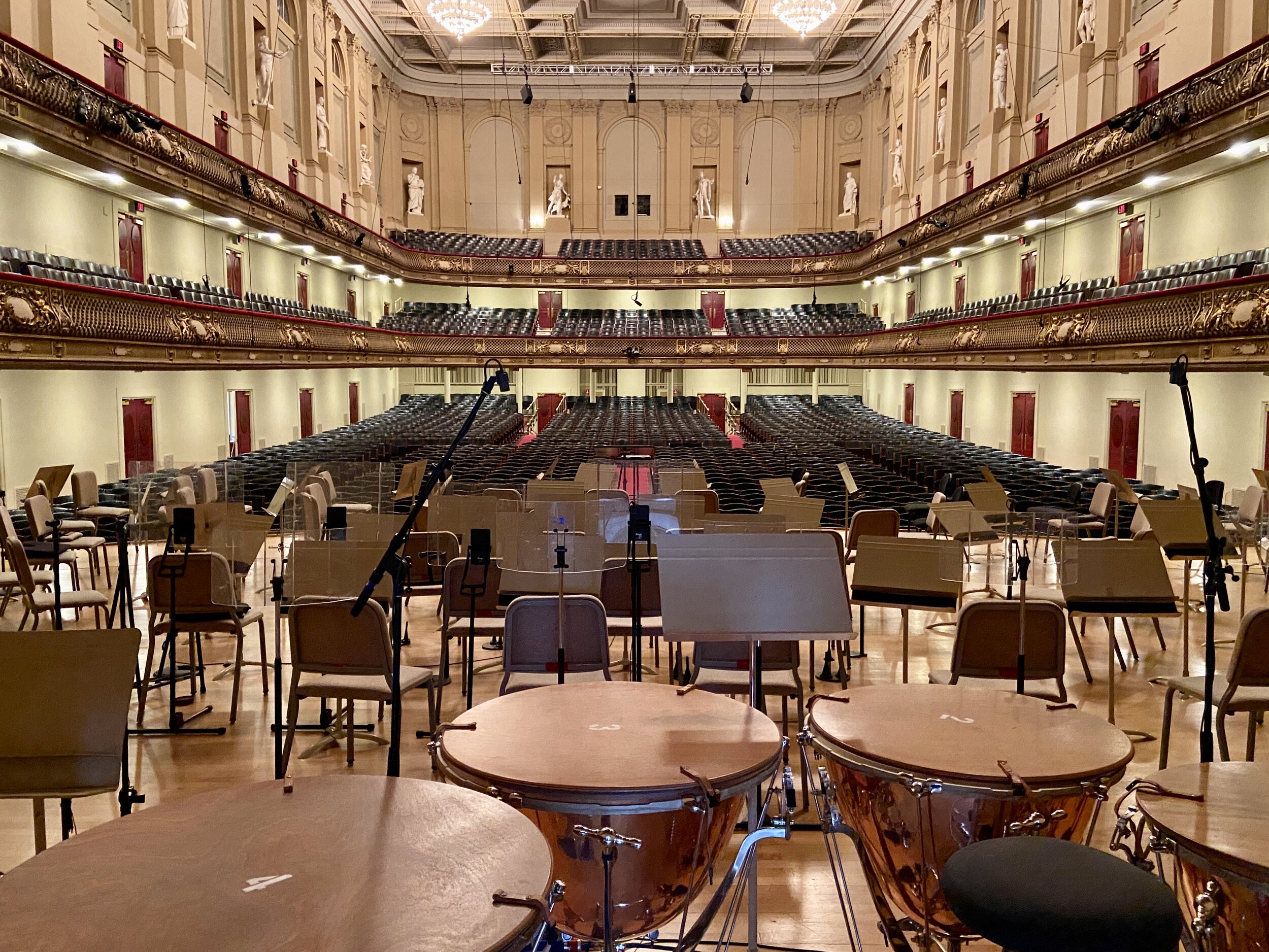 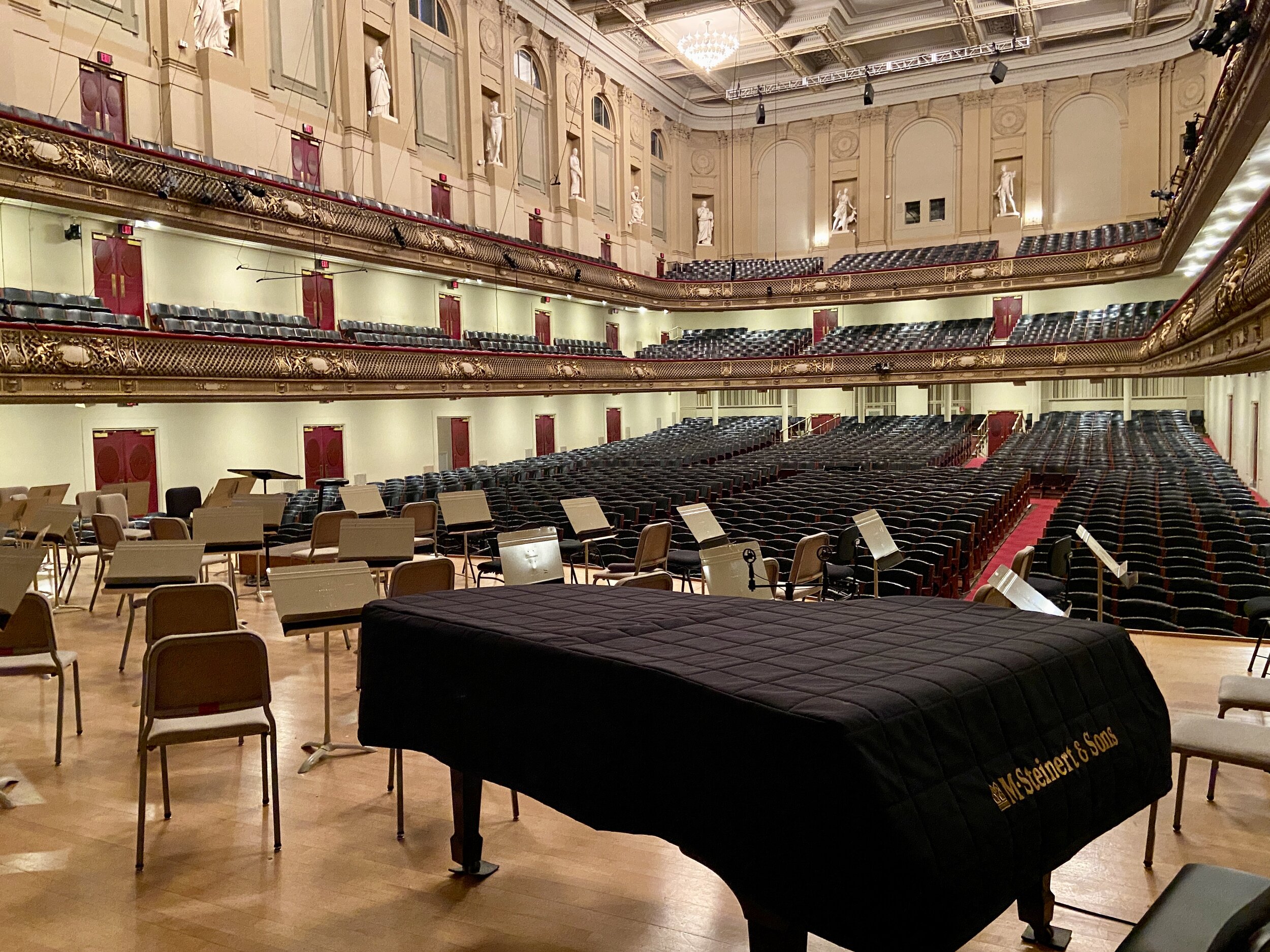 6. Looking through the “peep holes” in the door to the stage.
7. Touring the green room and dressing rooms of the musicians.
8. Peeking into the recording studios (where every performance is recorded)
9. Visiting the basement, where offseason chairs are stored.
10. Reading the portrait displays of current BSO musicians and looking for empty boxes, which signifies a job opening! 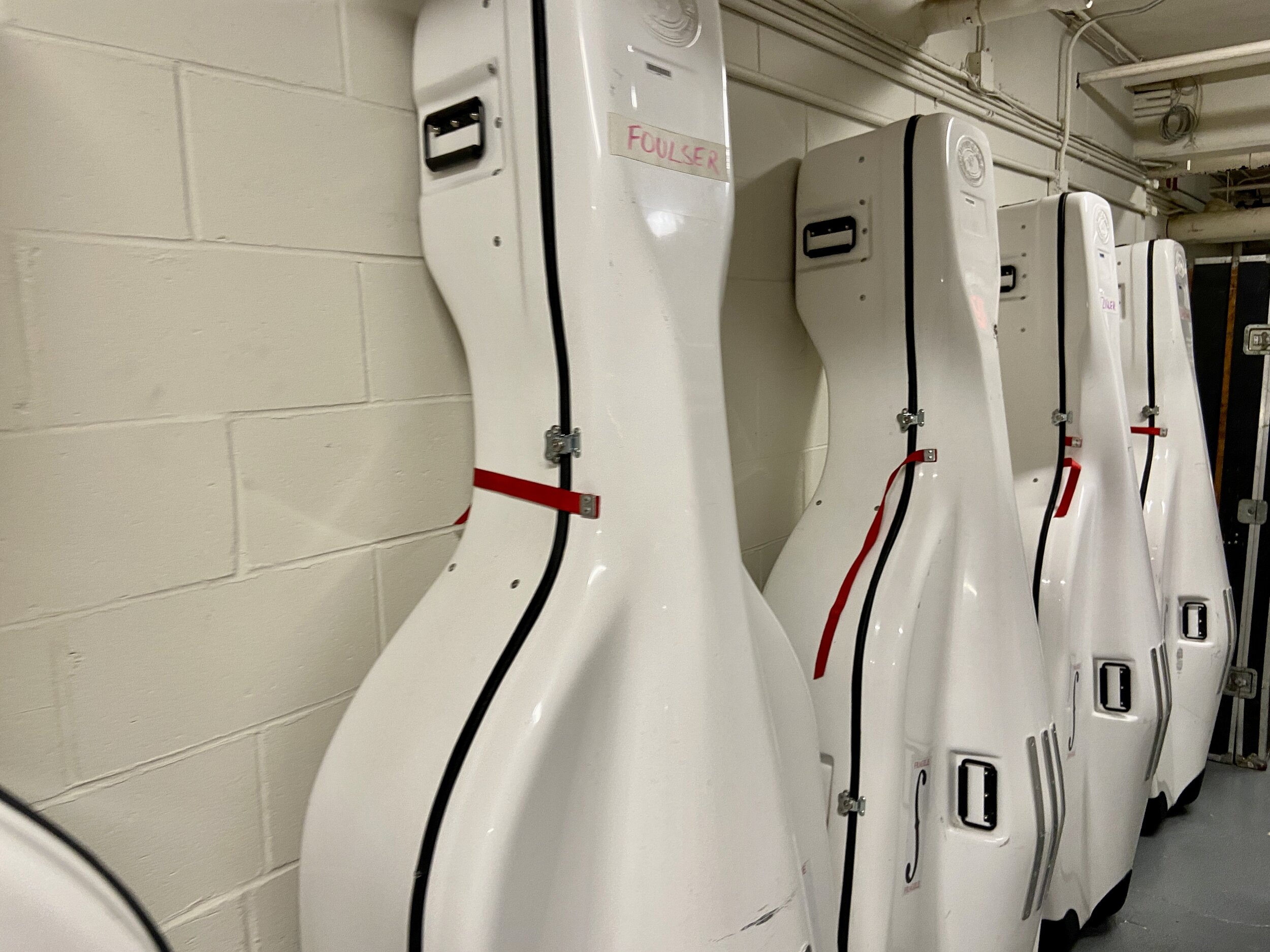 Interested in other music halls? Check out our adventures at the Grand Ole Opry in Nashville, Tennessee.

Looking for more fun in Boston? Check out our adventures at the Boston Tea Party Ship and Museum, Boston Historic Park, Charleston Navy Yard and USS Constitution and Museum, Massachusetts State House, Museum of Fine Arts, Isabella Stewart Gardner Museum, and Legoland Discovery Center. And for our list of 20 places we love in Massachusetts, go here.

Over ten years. Almost 193,00 miles. All around the country. My 2007 Chevy Equinox served me well. I loved that car. I regret not taking more pictures with it at stops along our road trips. That car saw a lot of the American landscape.  I wouldn’t go so far as to say the car was a member of the family, but it did protect and serve my family for a long time.

So, after lots of saving, planning for our largest (to date!) summer road trip for 2018, and seeing great incentives from Chevrolet, my husband and I decided to purchase a new car.

I have shared many times that Beantown is my hometown, and I often bring my family “home” to Boston. We have tons of posts on things to do in Boston (our Boston City Guide is a good place to start).  Summer is an especially fun time to explore Boston, as there are so many family friendly attractions near the Harbor waterfront. This week, we’re sharing 15 free things to do throughout the Boston area. Some of these attractions are free all year, but many activities cater to the warmer weather.

In anticipation of Disney Worlds’ reopening in a few weeks, we’re sharing our best tips for using the FastPass+ system:

We’ve been to Disney World in Orlando, Florida three times and absolutely love it! It is truly the one of the happiest places on Earth. The company does a wonderful job in making the parks clean, friendly, and easy to navigate. I shared some of our tips in previous posts on Planning a Trip, Dining Recommendations, the Contemporary Resort, and Disney Springs.

This week, I’d like to share the best ways to maximize the perks of the Fast Pass+ program. Fast Passes allow guests to reserve a specific time to access many of the attractions at all four parks (Magic Kingdom, Epcot, Hollywood Studios, and Animal Kingdom) and therefore, bypass about 90% of the lines and wait time.

There are hundreds of free things to do in Washington DC and this is NOT a comprehensive list. We frequently visit the nation’s capital to visit family and friends and love exploring the city. Over the past couple of visits, we have enjoyed visiting the following ten spots:

Funded by namesake John D. Rockefeller Jr., son of the founder of Standard Oil and the world’s first billionaire, Rockefeller Center is comprised of 19 different buildings built during the 1930s during the height of the Great Depression. It’s known as a “City within a City” because of its size and encompassing buildings and businesses. The most well known and most recognizable building, 30 Rock, now known as the Comcast Building, was built in 1930 and became a National Historic Landmark in 1987. Seventy stories tall, NBC owns 27 floors and has programming including all four hours of the Today Show, Late Night with Jimmy Fallon, Saturday Night Live and several other popular NBC shows housed in the building. The building looks out over 8 million people and 29,000 acres of land. Guests can take tours of the complex and also explore the three highest floors of the complex (called Top of the Rock) through a separate, or combined, ticket.

Rhode Island may be the smallest state, size wise, in the country, but what it lacks in size, it makes up for in inviting beaches, interactive history, and plenty of family friendly activities.

Bristol, a town of about 23,000 people, is located between Newport (look for upcoming posts!) and the state capitol, Providence. A few years ago, my husband and I taught academic courses for Johns Hopkins University’s Center for Talented Youth summer program on the campus of Roger Williams University. We were able to spend time getting to know this beautiful town that separates Narragansett Bay and Mount Hope Bay. Here are some of our favorite spots: (and I did fact check to make sure information is up to date as of June 2017)