The George H.W. Bush Presidential Library Center, located on the campus of Texas A&M University in College Station, is one of the most popular sites in Texas since it opened in 1997. My family found it to be one of more child friendly presidential libraries of the 13 libraries and museums overseen by the US National Archives. (Check out our tips for visiting the Clinton Presidential Library and Museum in Little Rock, Arkansas and the FRD Library and Museum in Hyde Park, New York). The Center has frequent family friendly events, ranging from book signings and guest lecturers to film screenings and, most recently, a visit from the World Series Trophy (the nearby Astros won the World Series in 2017). Check here for for updates. 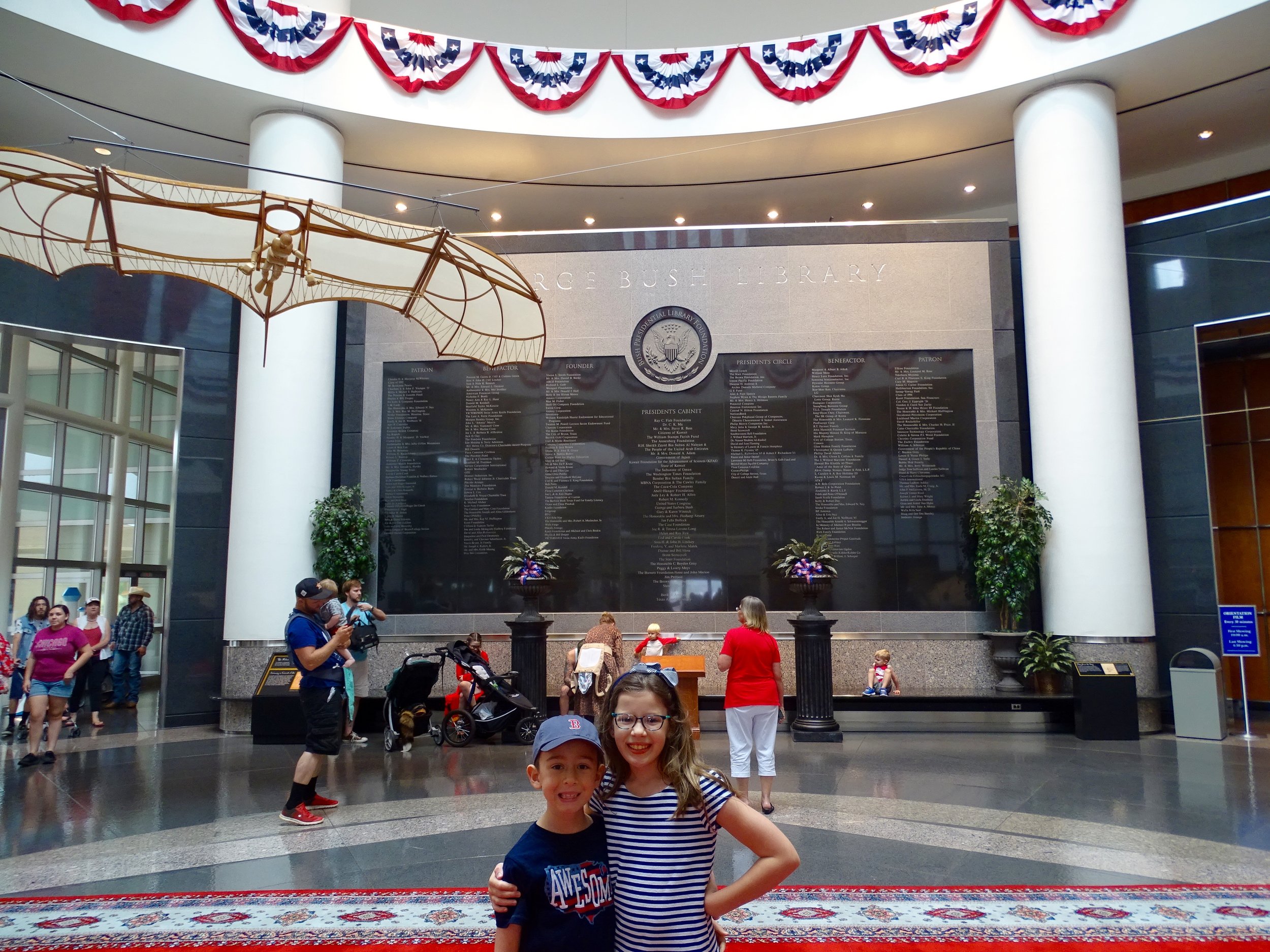 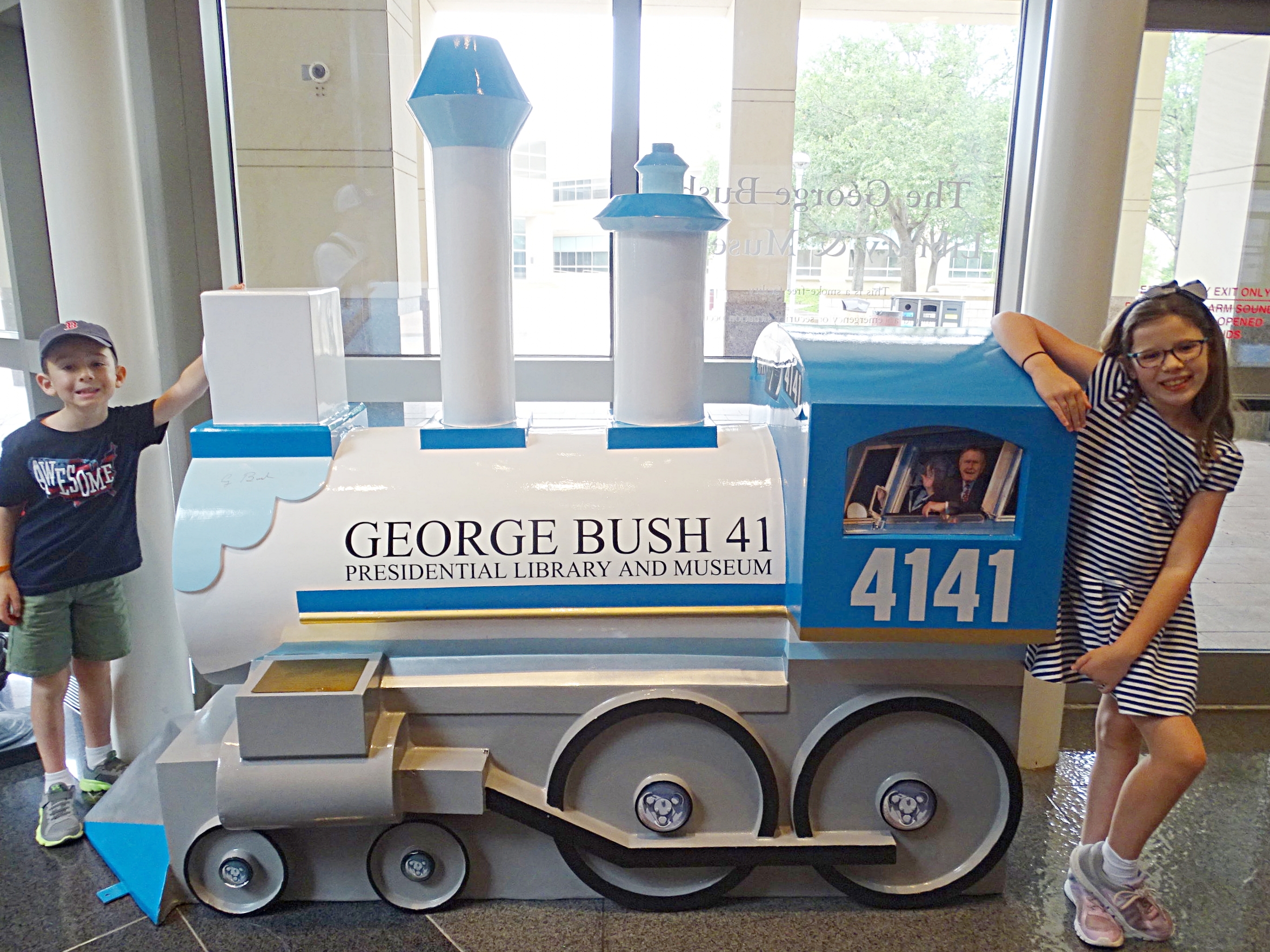 1. The dogs! Pick up a “Millie’s Adventures” scavenger hunt from the Visitor’s Desk to complete as you explore the exhibits. If you need clues, check inside the 10 “doggie stations” located throughout the museum. My children loved completing this activity.

2. The cars, plane, and boat: Throughout the museum, be sure to check out “The Beast” (presidential limousine), a 1947 Studebaker, a 1944 TBM Avenger (similar to the one President Bush flew in WWII and gifted to the museum by a fellow member of Bush’s squad) and a 1973 “Fidelity” (a twenty eight foot cigarette boat) on display.

3. Spots to sit and relax throughout the museum. There are lots of areas to sit on benches and watch home videos clips and news segments. You can pretend to converse with a statue of President Bush in front of the United Nations exhibit. Sit down in the Situation Room and make an informed decision about some of the issues President Bush faced.

4. A replica living room where you can grab one of a hundred books and sit on a comfy couch. In the living room you can also crawl inside a miniature White House. Our children stayed here for a long time reading, while the adults explored the nearby exhibits.

5. The wedding dress Barbara Bush wore and a photo album of wedding photos (check out the popular styles of the 1940s). 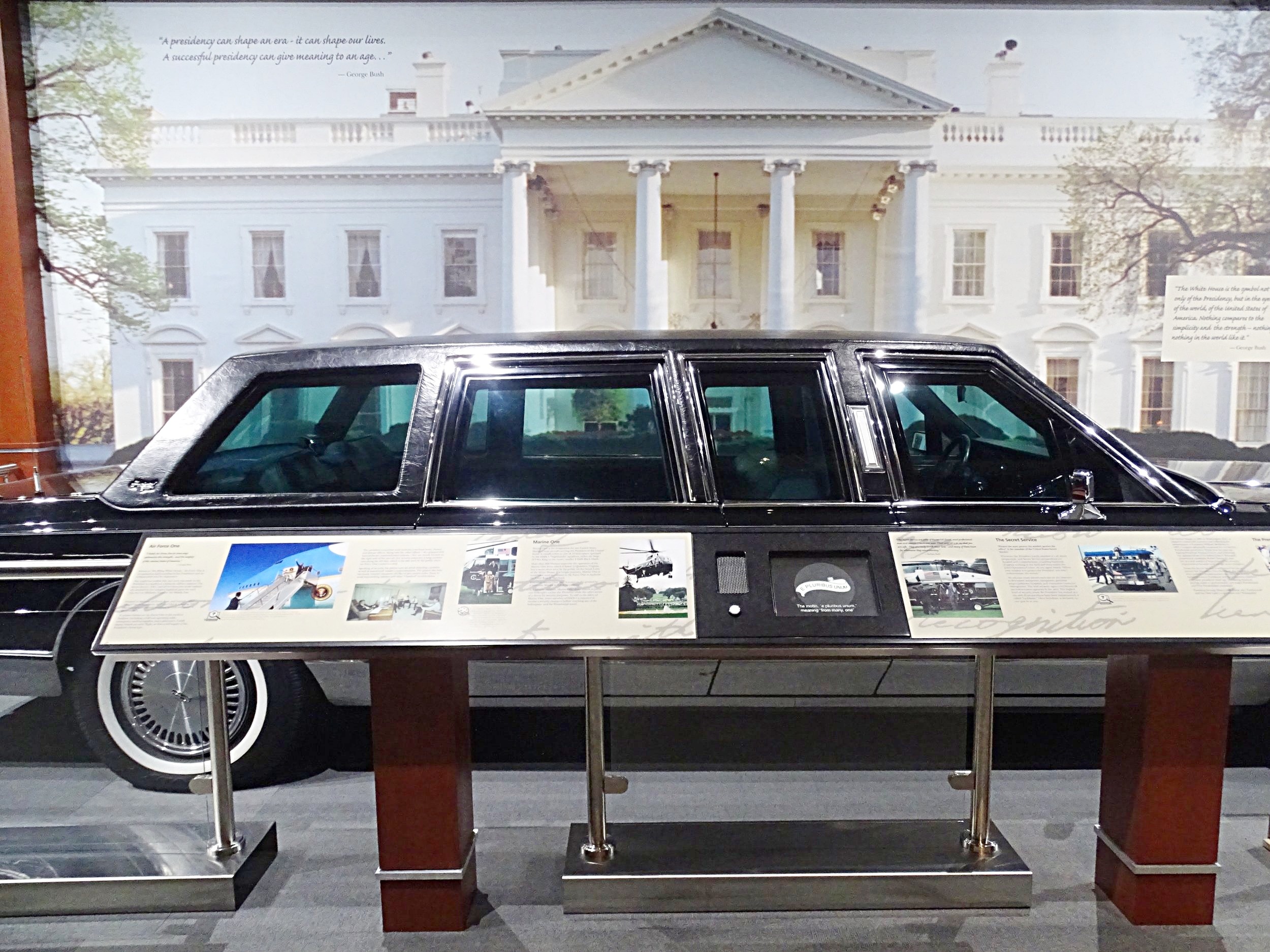 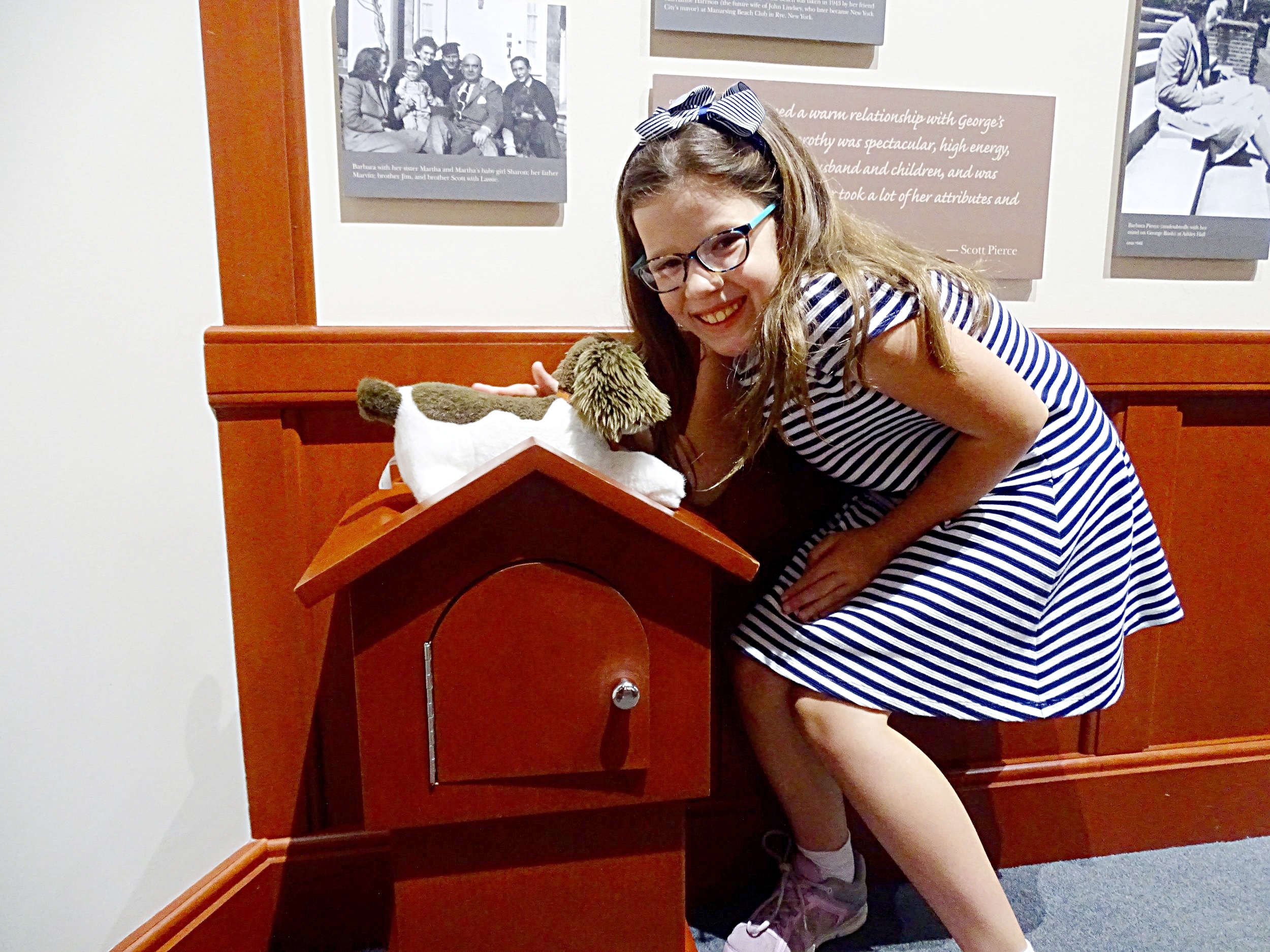 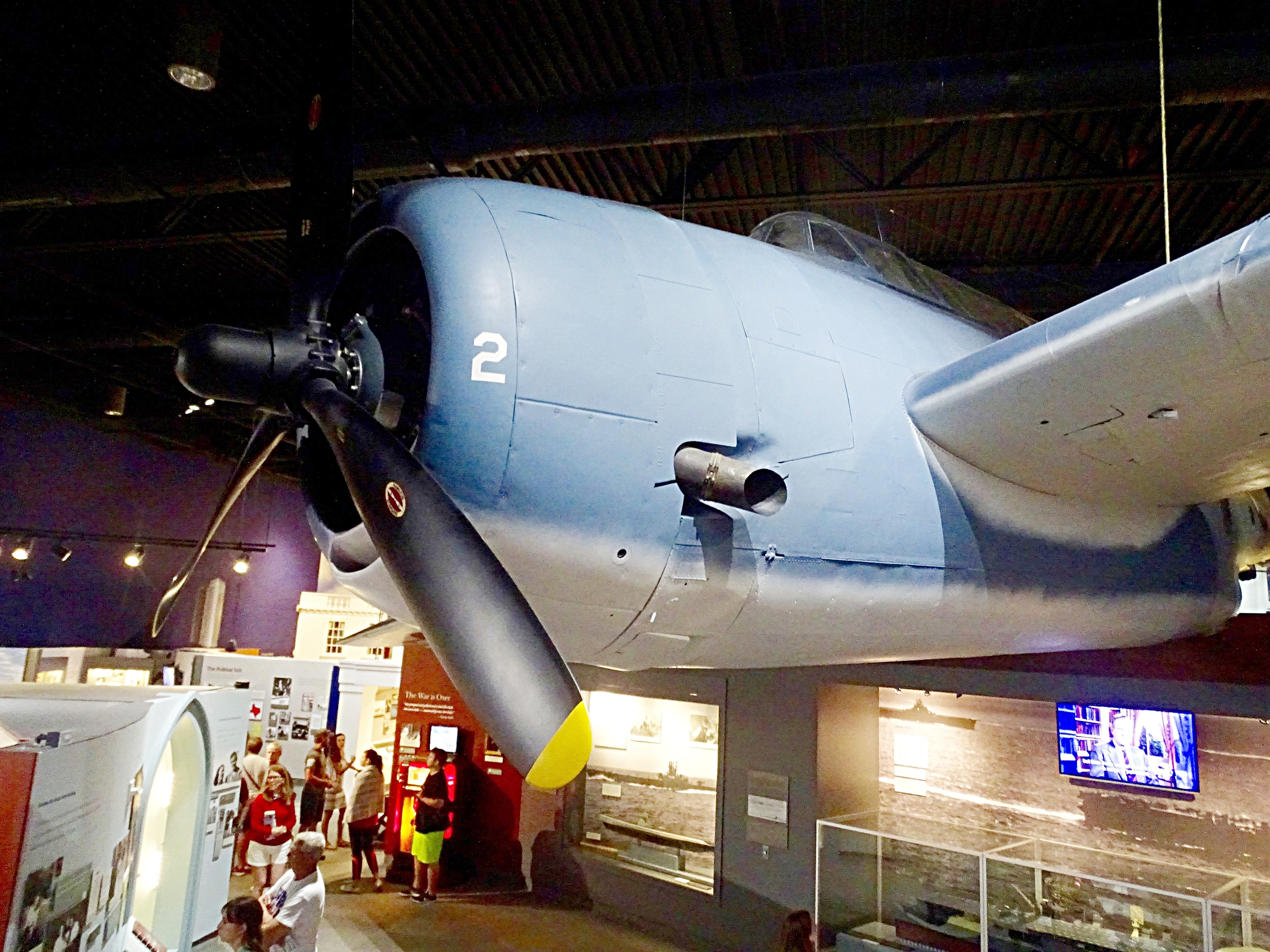 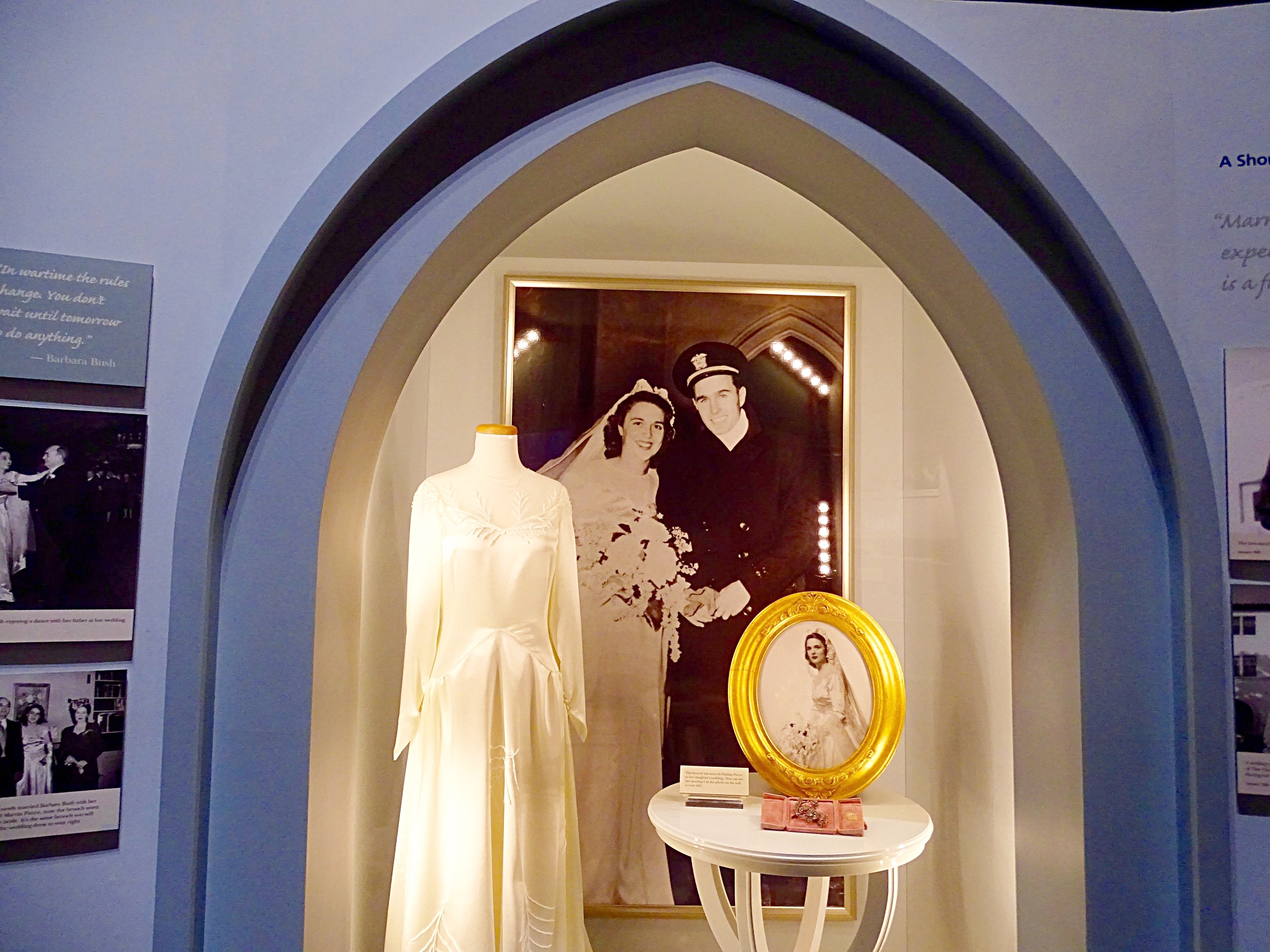 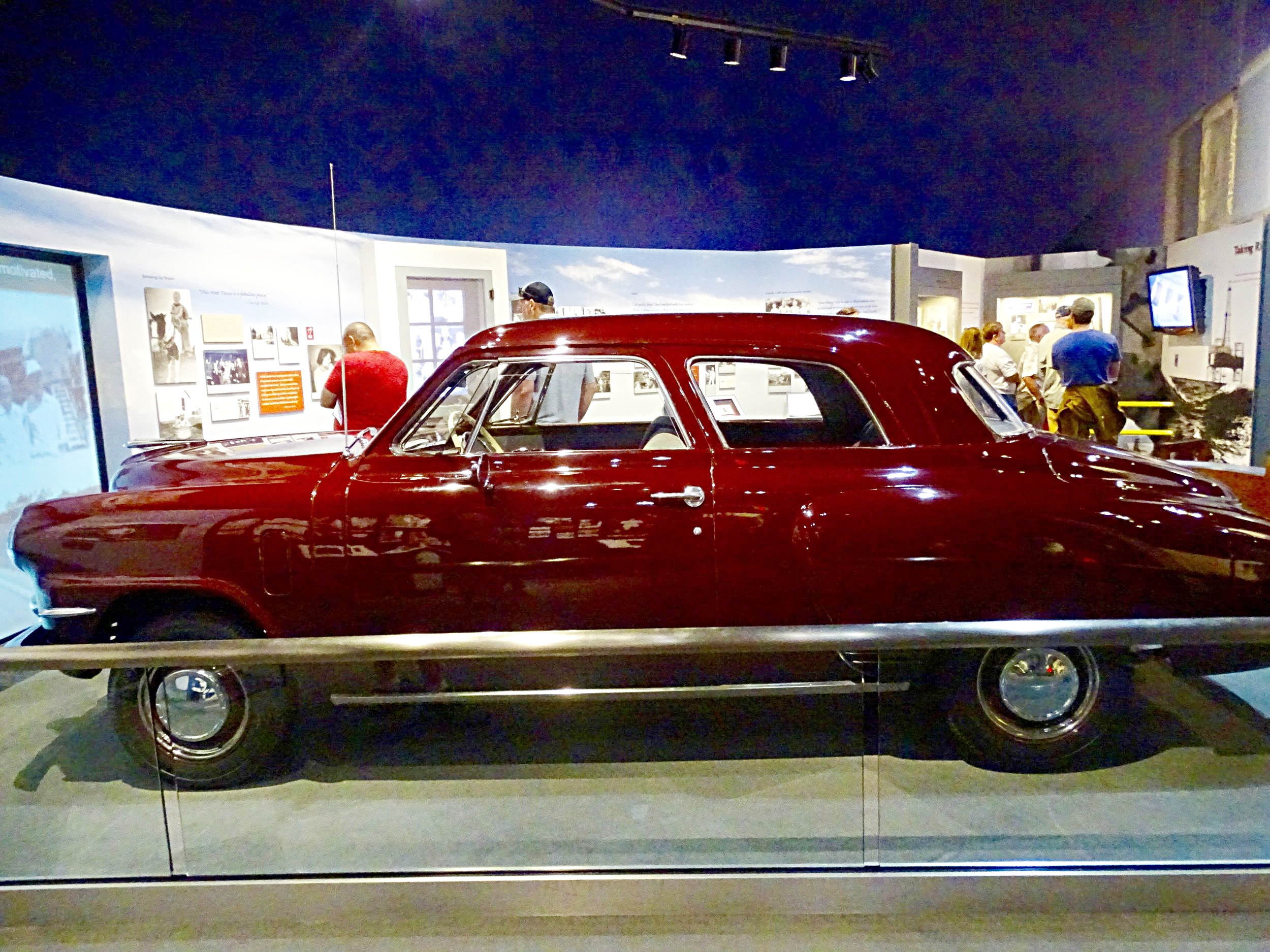 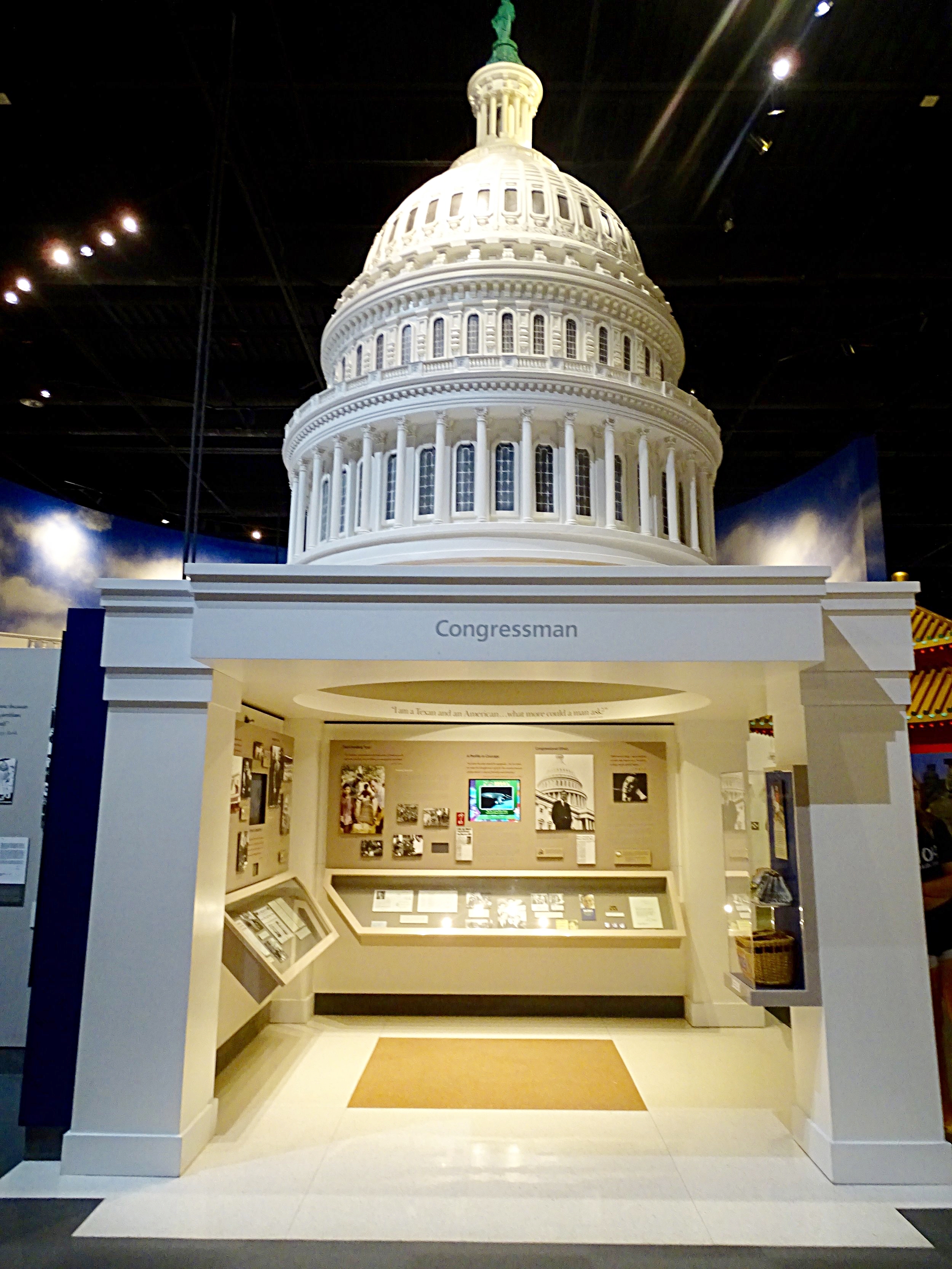 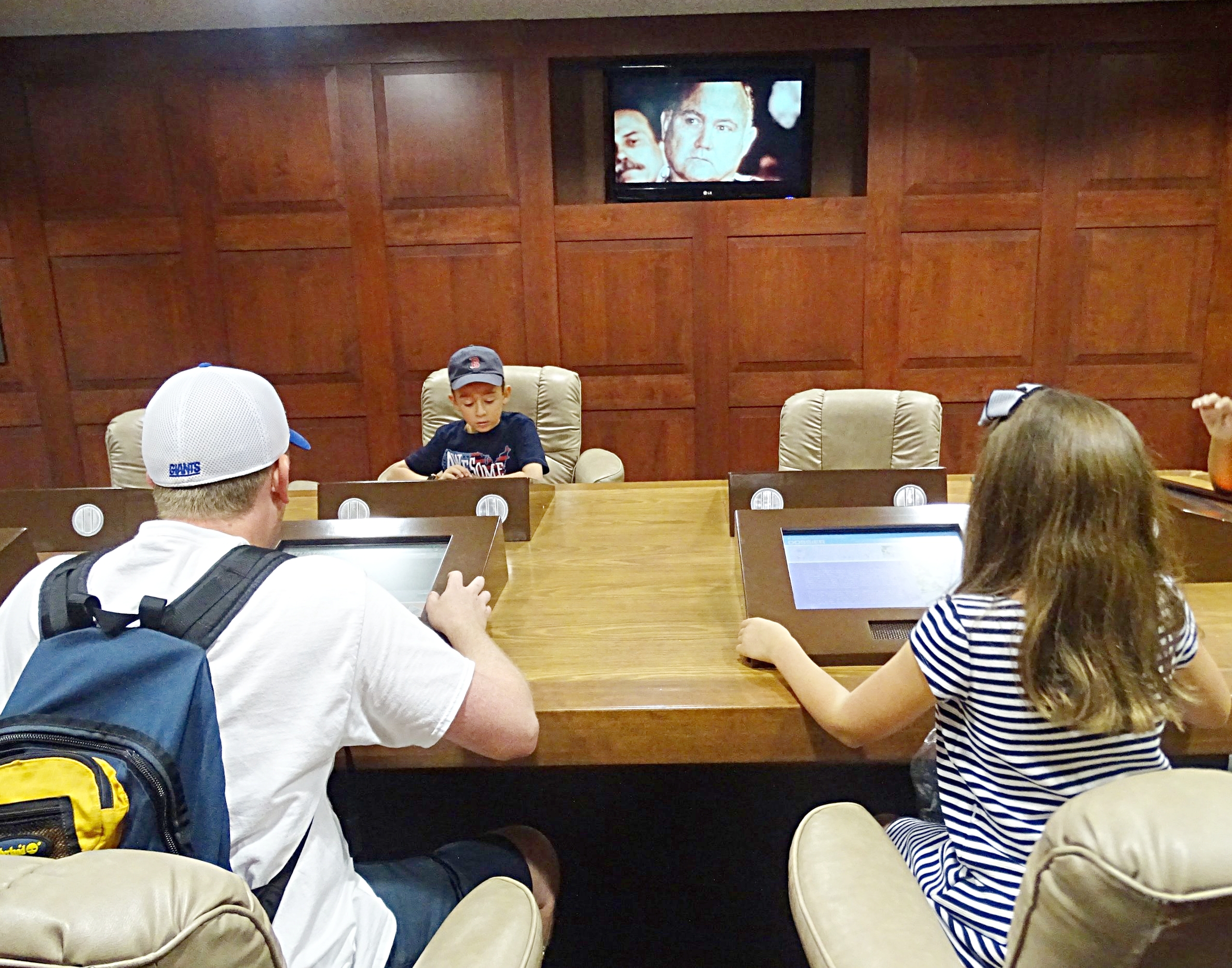 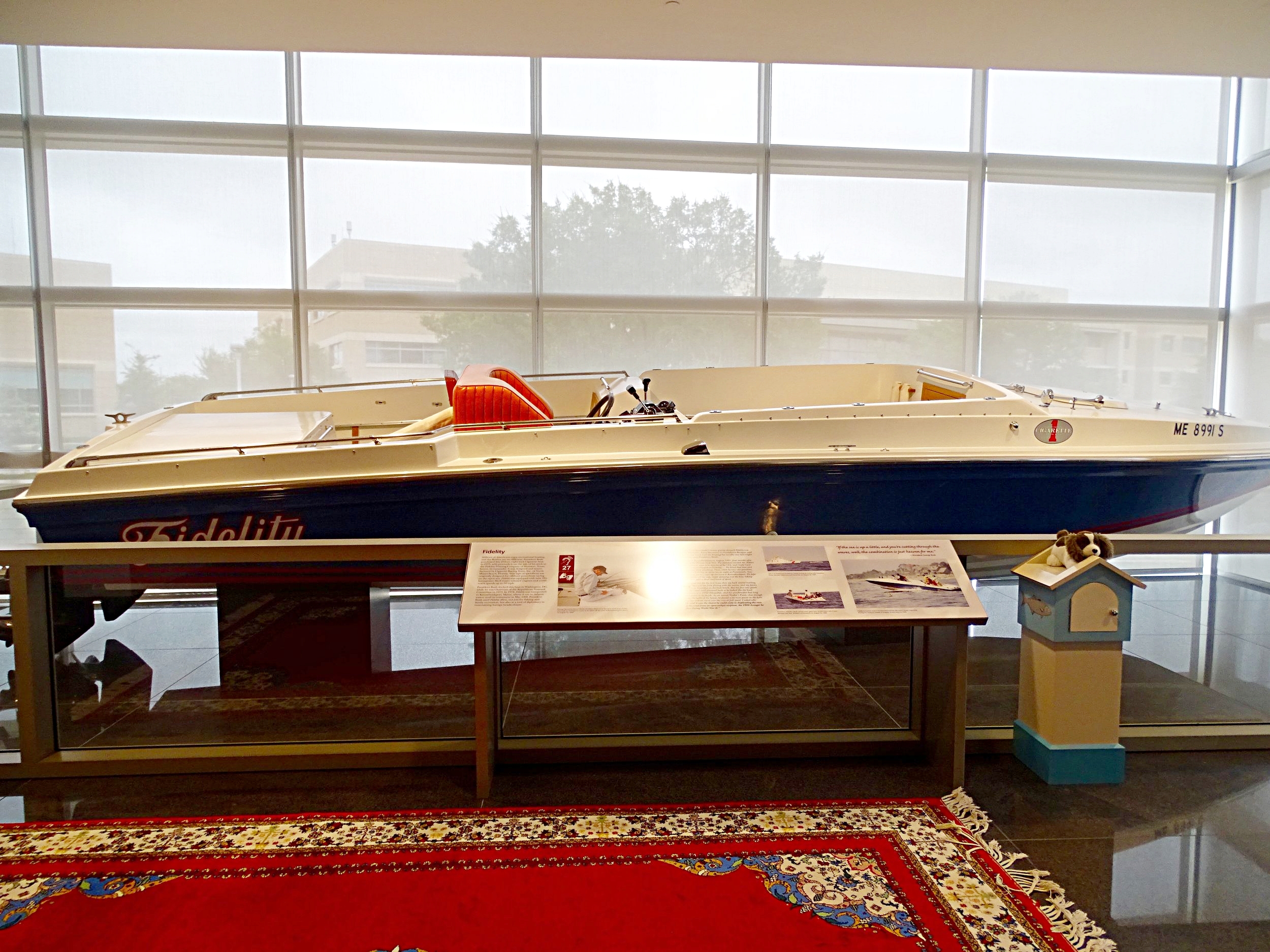 7. “Peek” through a window of various rooms of the White House and maneuvering a rotating camera to get 360 degree views. Our favorite room was the Camp David replica office.

9. The presidential podium and Oval Office desk. Stand behind both spots and pretend you’re the Commander in Chief.

10. Collections of famous gifts and mementos including gifts of state from other countries and President Bush’s famous crazy sock collection. 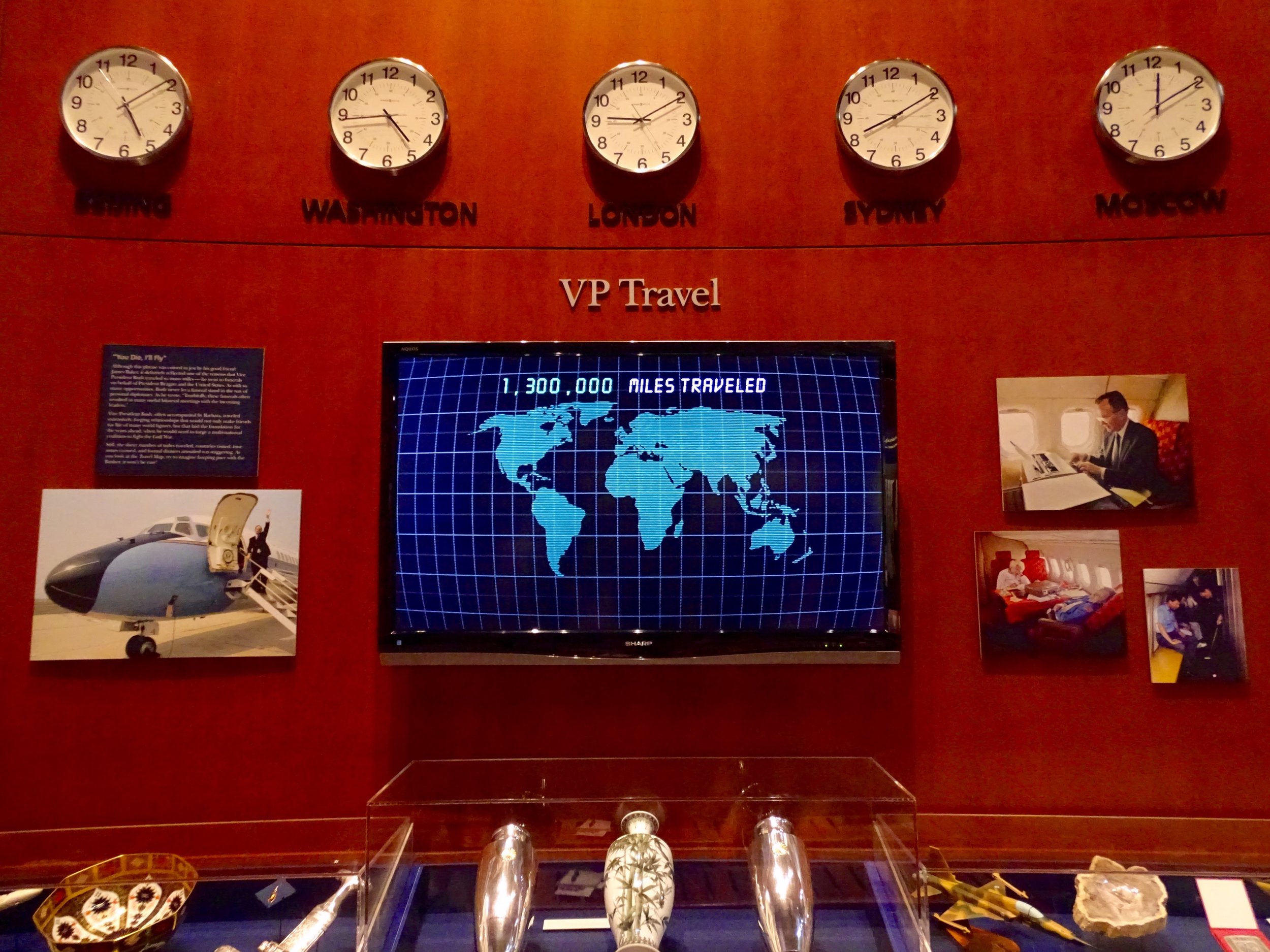 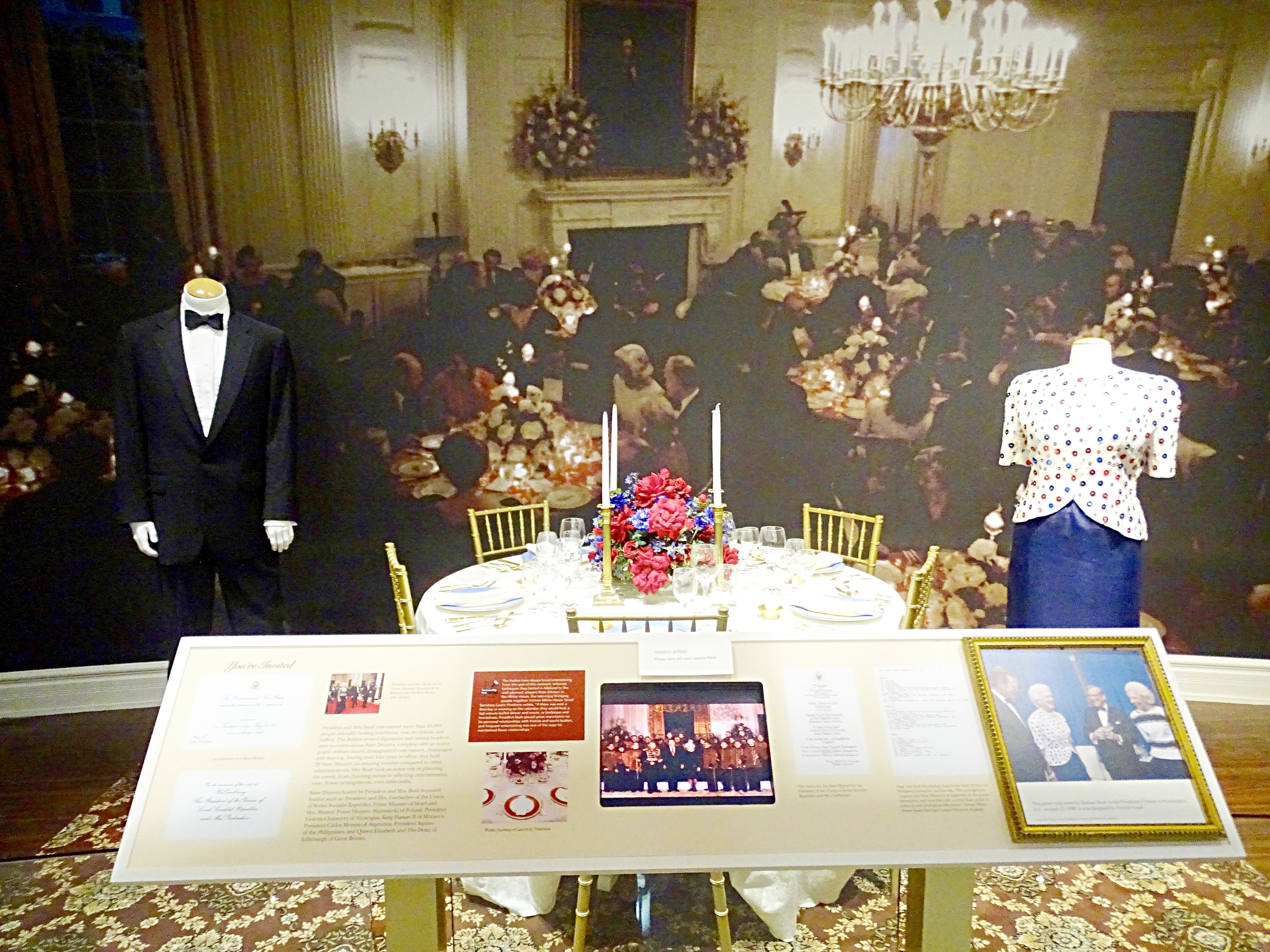 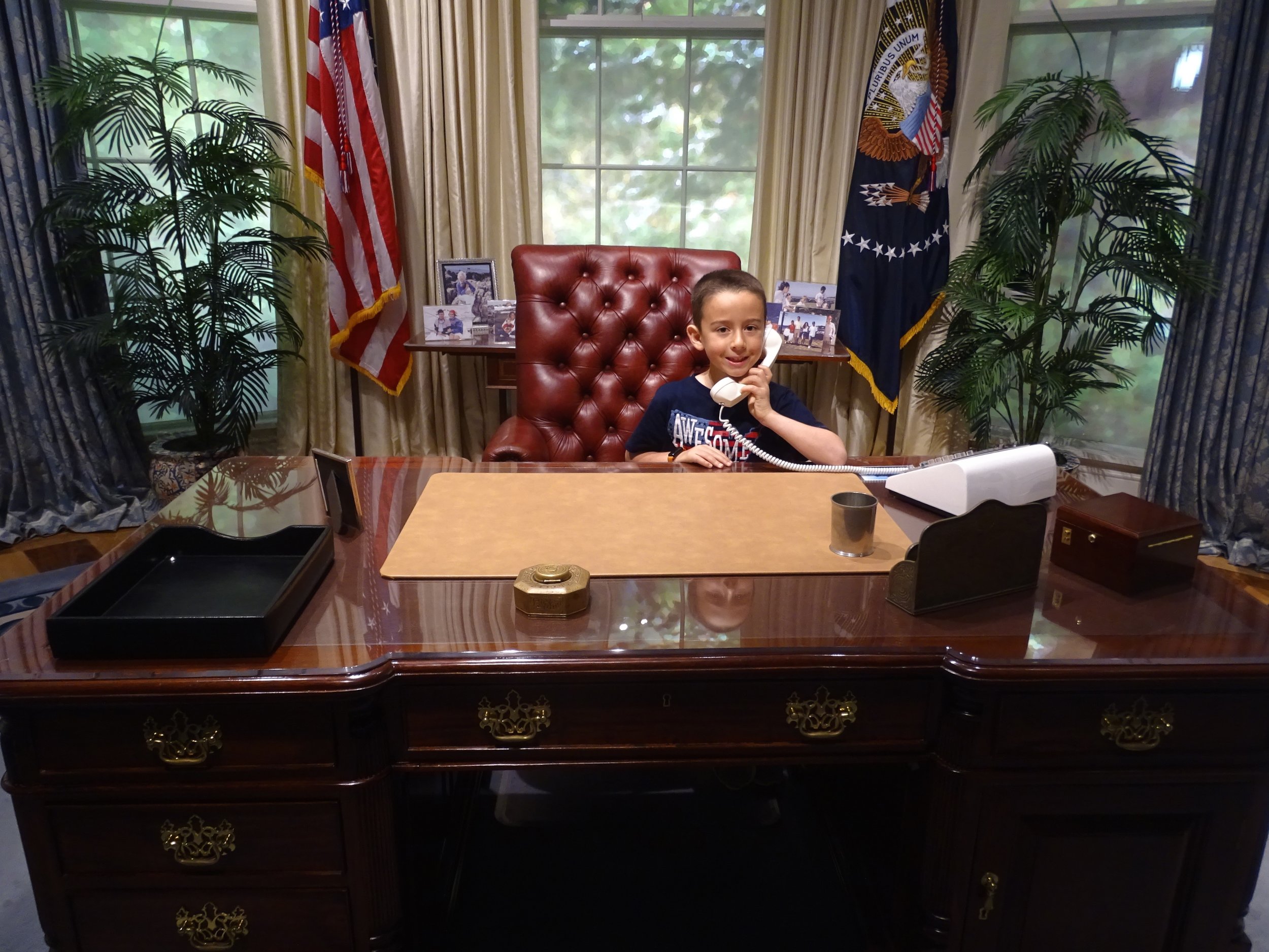 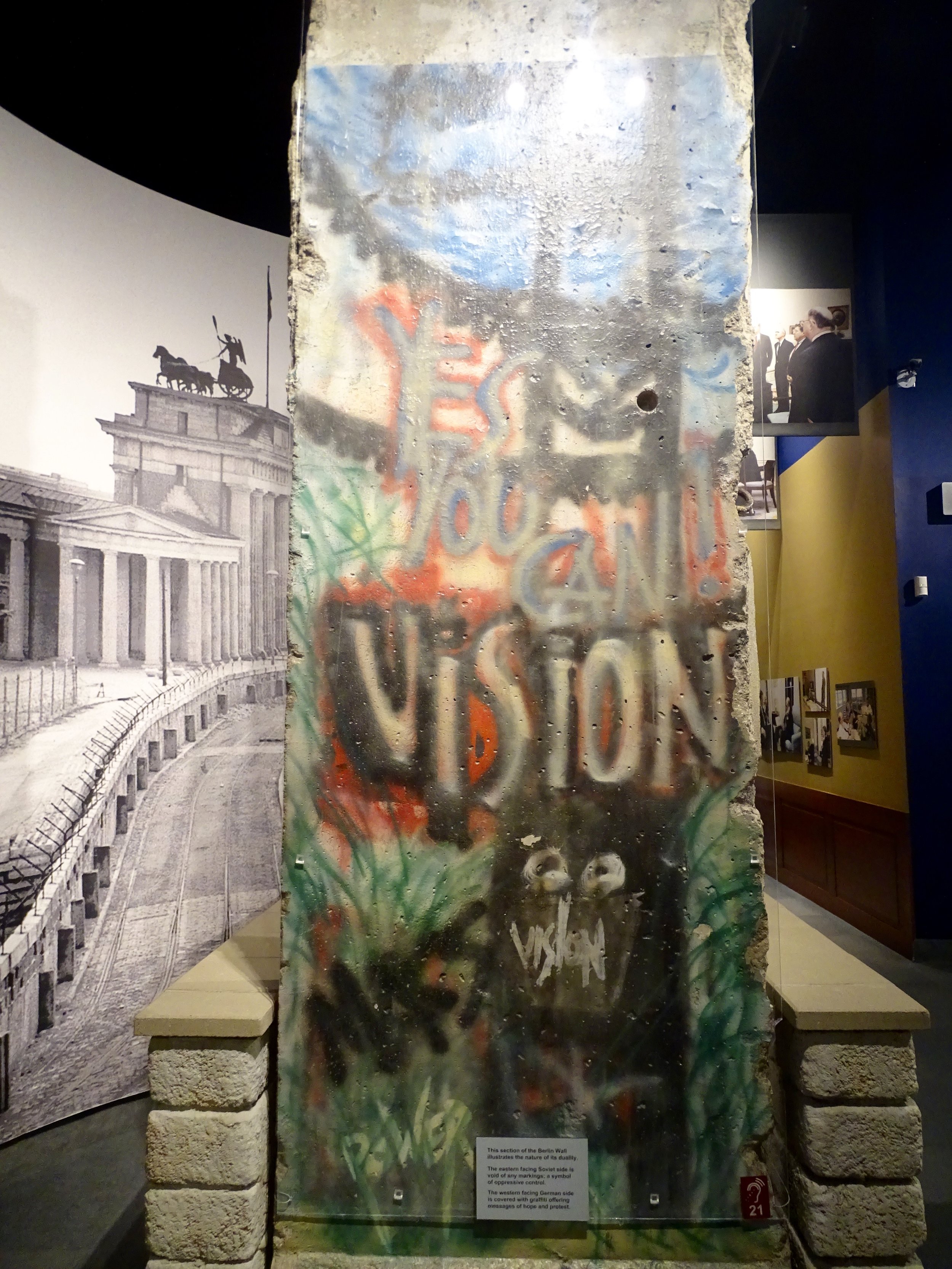 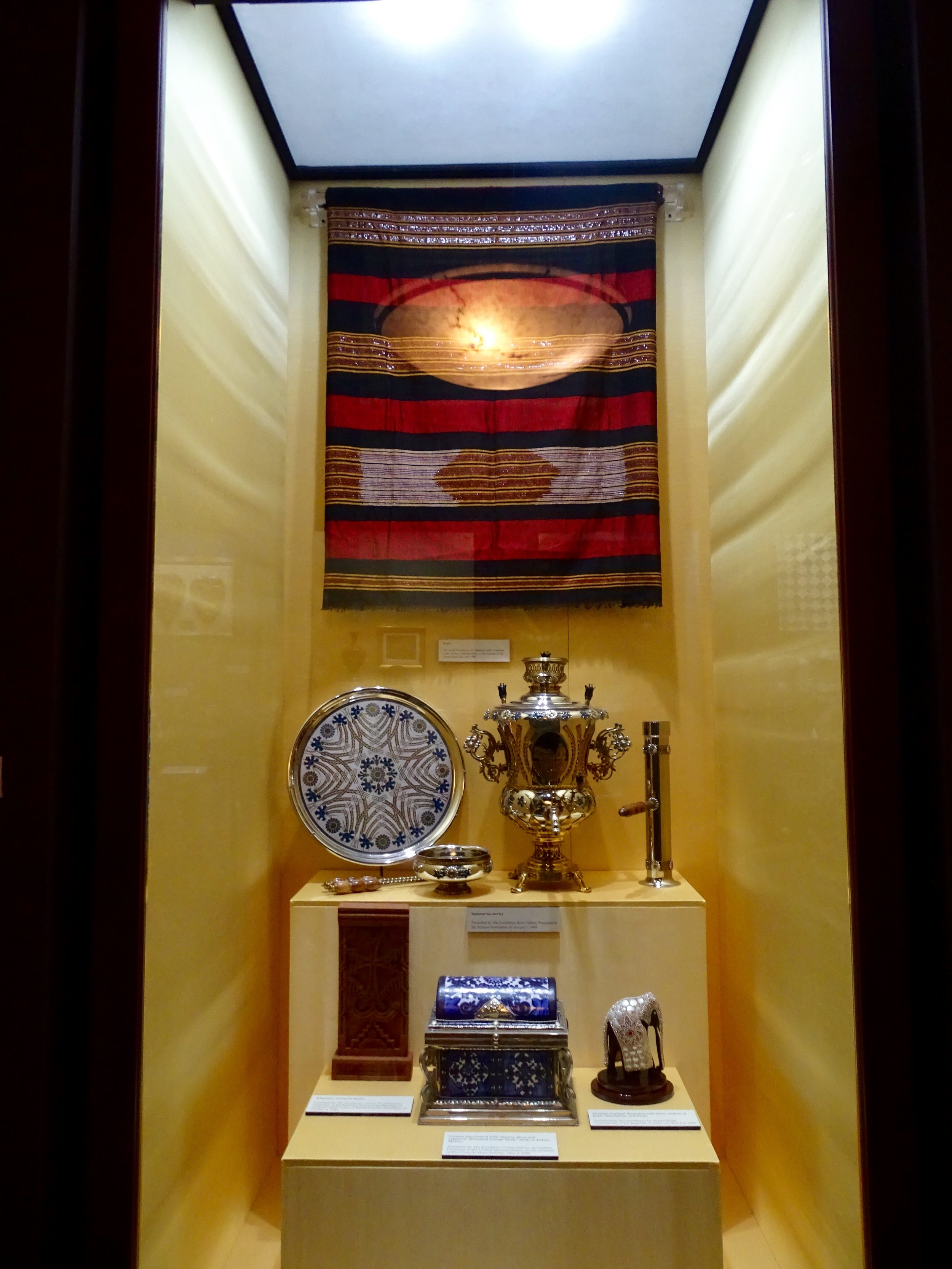 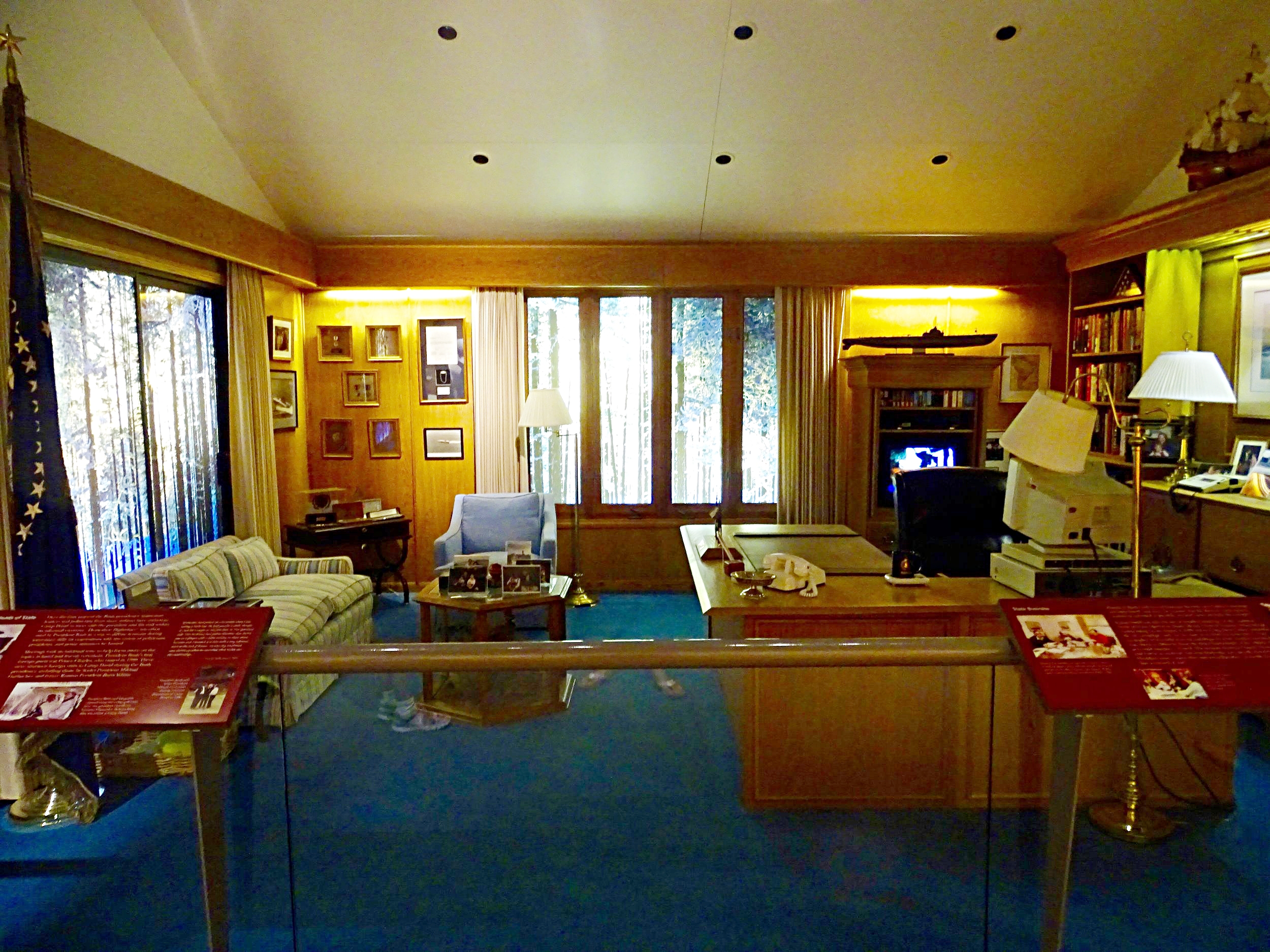 Note: At the end of the museum there is an exhibit dedicated to Desert Storm with film footage and a full scale model of an Abrams M1A1 tank used in the Gulf War, The exhibit has several gifts presented to President Bush by the people of Kuwait, including the Gate of Kuwait. There is also a digitized list of all servicemen and servicewomen who gave their lives in Kuwait. Younger children might have a hard time understanding this exhibit and some of the film footage will be difficult to watch. 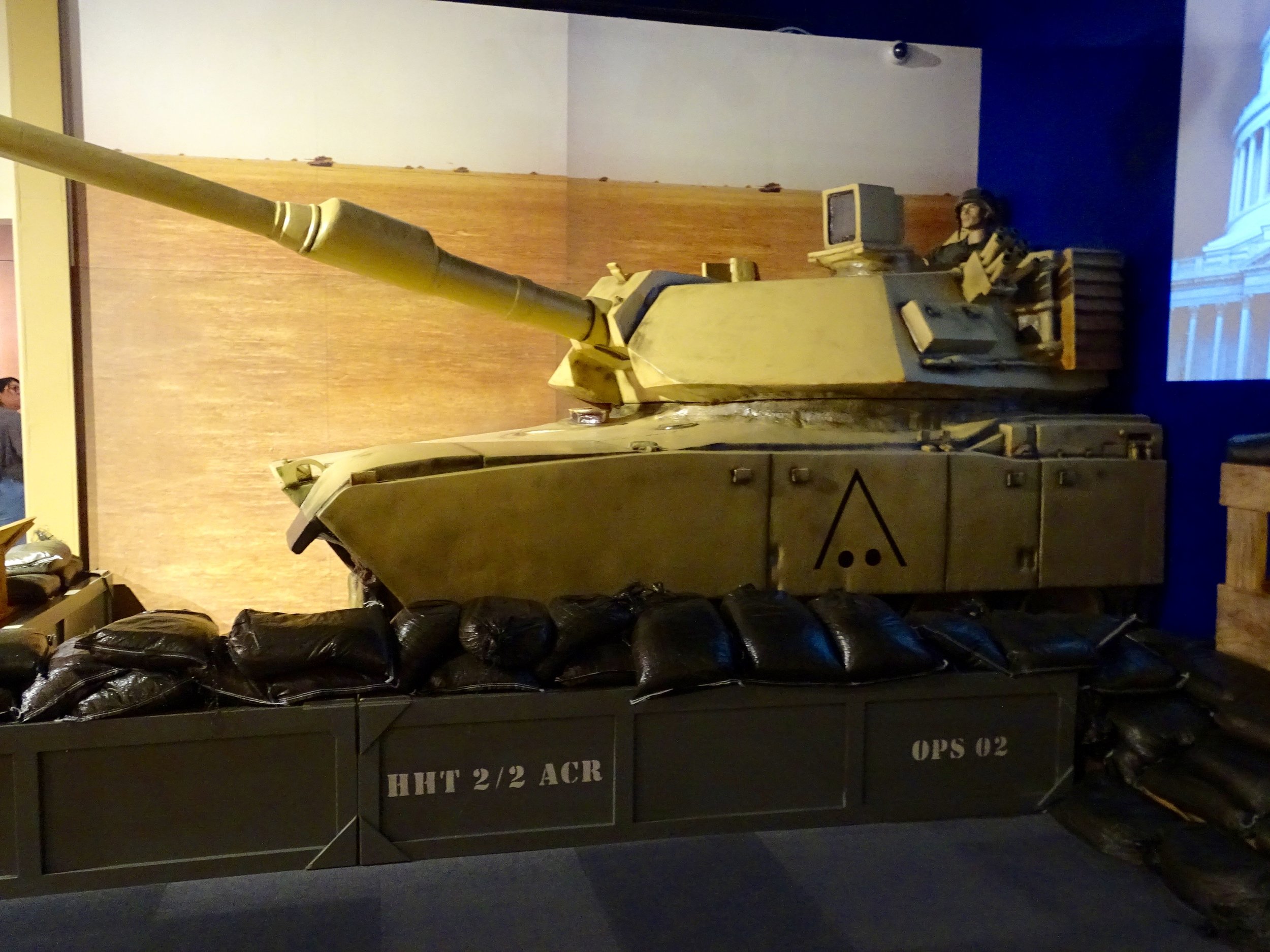 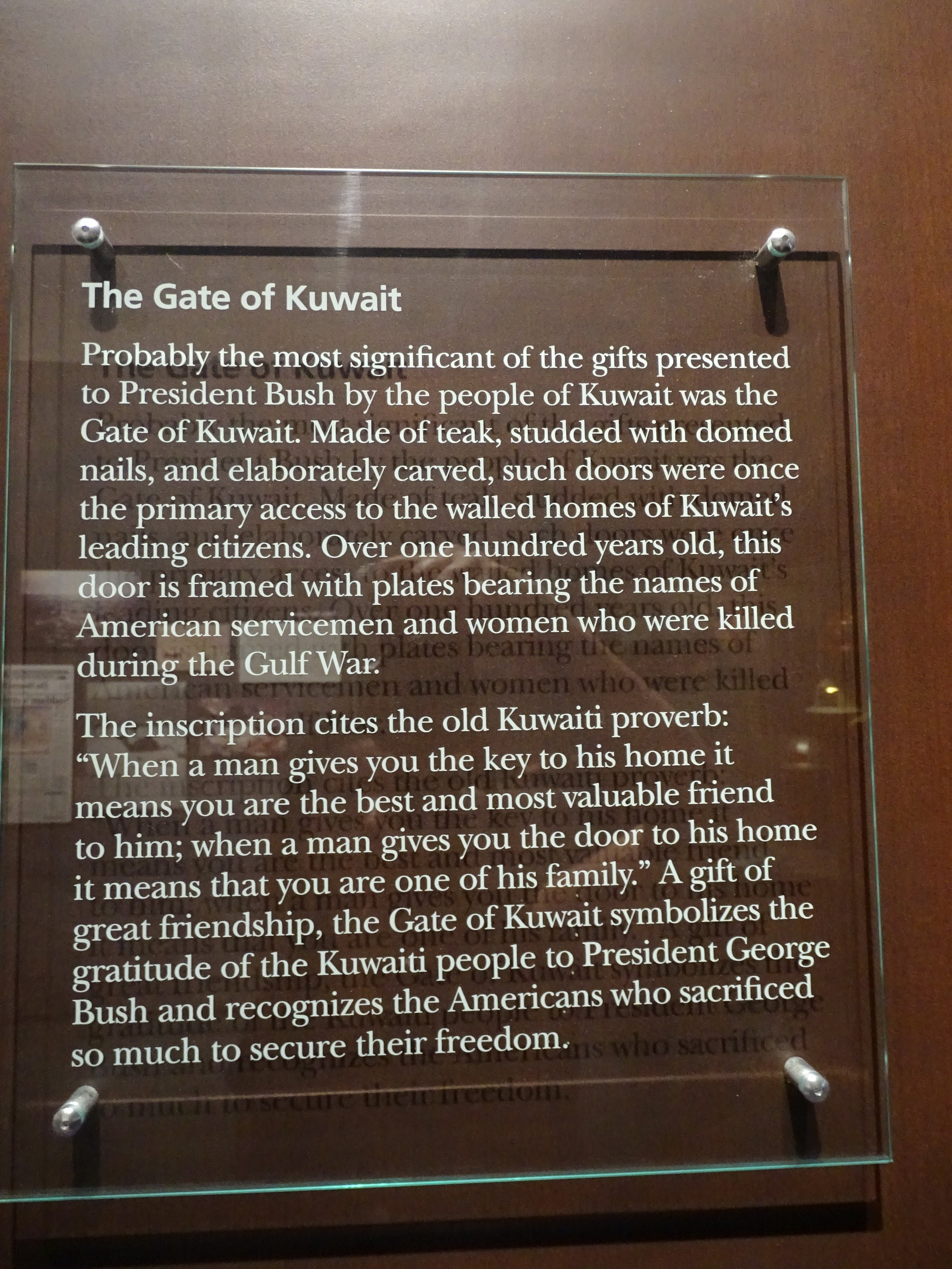 On the day we visited it was pouring rain and we did not have a chance to check out the grounds, which include other exhibits:

When I was planning a trip to Providence, Rhode Island, the Roger Williams Zoo was at the top of my list of places to explore. My family recently enjoyed a few days exploring downtown Providence and you can read about our adventures here.

When we arrived at the Park, I realized the property encompasses way more than “just a zoo.” There are over 400 acres to explore and plenty of year round activities to stay active both indoors and outside. Check out the full map here and the updated calendar here.

On a recent trip to Toronto, my family made an unplanned stop in Buffalo, New York for the weekend. More on why we needed to stop in Buffalo and why we’re glad we did in an upcoming post. I always bring my Passport to the National Parks on road trips, and I quickly realized that the Theodore Roosevelt Inaugural National Historical Site was close by, in the Allentown area of Buffalo.

Theodore Roosevelt, the youngest president in the history of United States, took office after President McKinley was assassinated at the 1901 Pan-American Exposition. At the time, the house was owned by Ansley Wilcox, a prominent local lawyer, and his wife, friends of then vice president Roosevelt.  TR, as he was later referred to, rushed to Buffalo immediately upon hearing the news that McKinley had been shot, and returned to the home a few days later, when McKinley died, to be sworn in as the 26th president of the United States.

The one hour, partially guided tour, has many interactive components. See if your children can “I Spy” our favorite parts:

This past summer, we visited Disney World in Florida for the 4th time (see some of our previous adventures here). This visit, we stayed at the Polynesian Village Resort and it was one of our favorite resorts- EVER! The Polynesian is one of the original Disney resorts, opening in 1971. The 39 acre South Pacific themed resort includes over 800 rooms across several “Longhouse” buildings (named after Polynesian isles), one and two bedrooms suites (including “Club” Level suites), Disney Vacation Club suites that opened in 2015, almost a dozen dining options, two pool complexes, retail shops, and tons of daily activities and programs.  This week, we’re sharing ten reasons why we love the resort and why it’s a great place for everyone!

Dwight D. Eisenhower, who was Supreme Allied Commander, war general, president of Columbia University and ultimately 34th president of the United States, lived in over 40 different homes before finally retiring in Gettysburg, Pennsylvania in 1961. Eisenhower studied the Civil War and had spent time training soldiers at Camp Colt in Gettysburg during World War I. Eisenhower and his wife, Mamie, purchased the 187 acre complex in 1950 and used the home as a “weekend White House” and for an extended time when Eisenhower recovered from a heart attack in 1955. The Eisenhower National Historic Site, now part of the Gettysburg National Military Park, has been open to visitors since 1980 and almost every artifact in the home is authentic to the Eisenhower family. The home reflects the everyday living of the Eisenhower family in the 1950s and 1960s.

While most people head to the pristine beaches or pools of Palm Beach County, Florida, there is plenty to do off the sand and surf. We’re lucky to have family who live in Delray Beach and over the years, we have enjoyed exploring a wide variety of family friendly attractions.  Palm Beach County includes 39 cities, towns, and villages from Jupiter (the northern most part) to Boca Raton in the southern part of the region- see the full list here.

Rhode Island may be the smallest state, size wise, in the country, but what it lacks in size, it makes up for in inviting beaches, interactive history, and plenty of family friendly activities.

Bristol, a town of about 23,000 people, is located between Newport (look for upcoming posts!) and the state capitol, Providence. A few years ago, my husband and I taught academic courses for Johns Hopkins University’s Center for Talented Youth summer program on the campus of Roger Williams University. We were able to spend time getting to know this beautiful town that separates Narragansett Bay and Mount Hope Bay. Here are some of our favorite spots: (and I did fact check to make sure information is up to date as of June 2017)